Keep track of the time spent by your team to complete the sprint tasks.

If you need to track the time spent by each team member on your project on a daily basis, what you need is rather the «Team capacity» App.

It may sometimes be useful to track the time spent on tasks. However, you should be very careful when doing so, as it may lead to micro-management and local performance tracking, which does usually more harm than good. If you come from traditional project management, we recommend that you start by asking why do you want to track the time spent on tasks. Then, check if agile methodologies have an answer for this underlying need. The solution may differ from what you are used to and it is normal to be confused at first, but fortunately we can help! 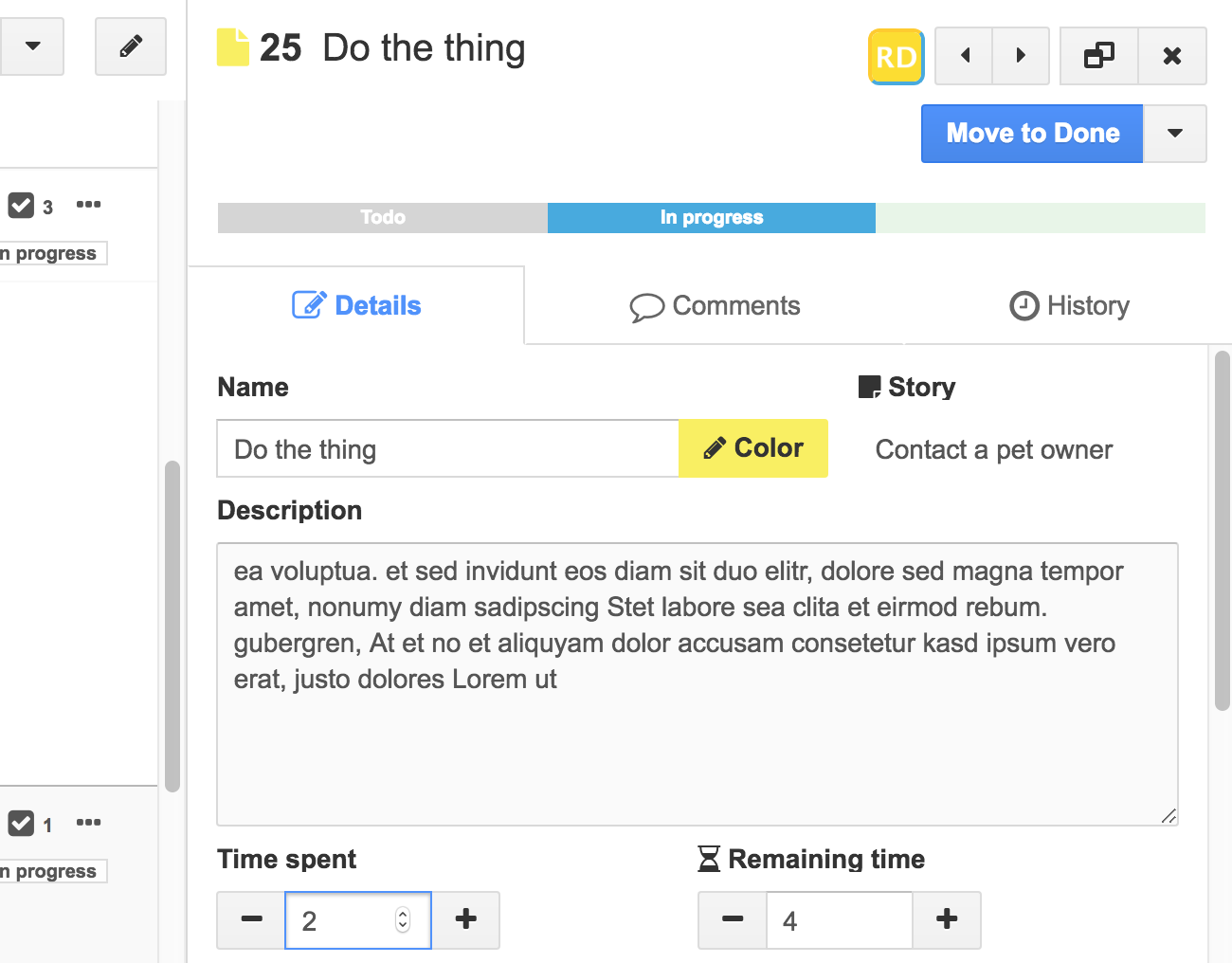 iceScrum does not enforce a unit for this field, just like the «Remaining time» task field. However, we strongly recommend that you use the same unit (e.g. days or hours) for these two fields. Entering the time spent of a task which is «To do» moves it to «In progress» automatically.

As you see with this example, to update the remaining time, don’t subtract the time spent! Rather take into account your acquired knowledge on the subject to estimate what work remains.

The history of the updates of time spent and remaining time for each task are recorded in the dedicated tab.

A charts displays the evolution of the global sprint remaining time and time spent on a daily basis. 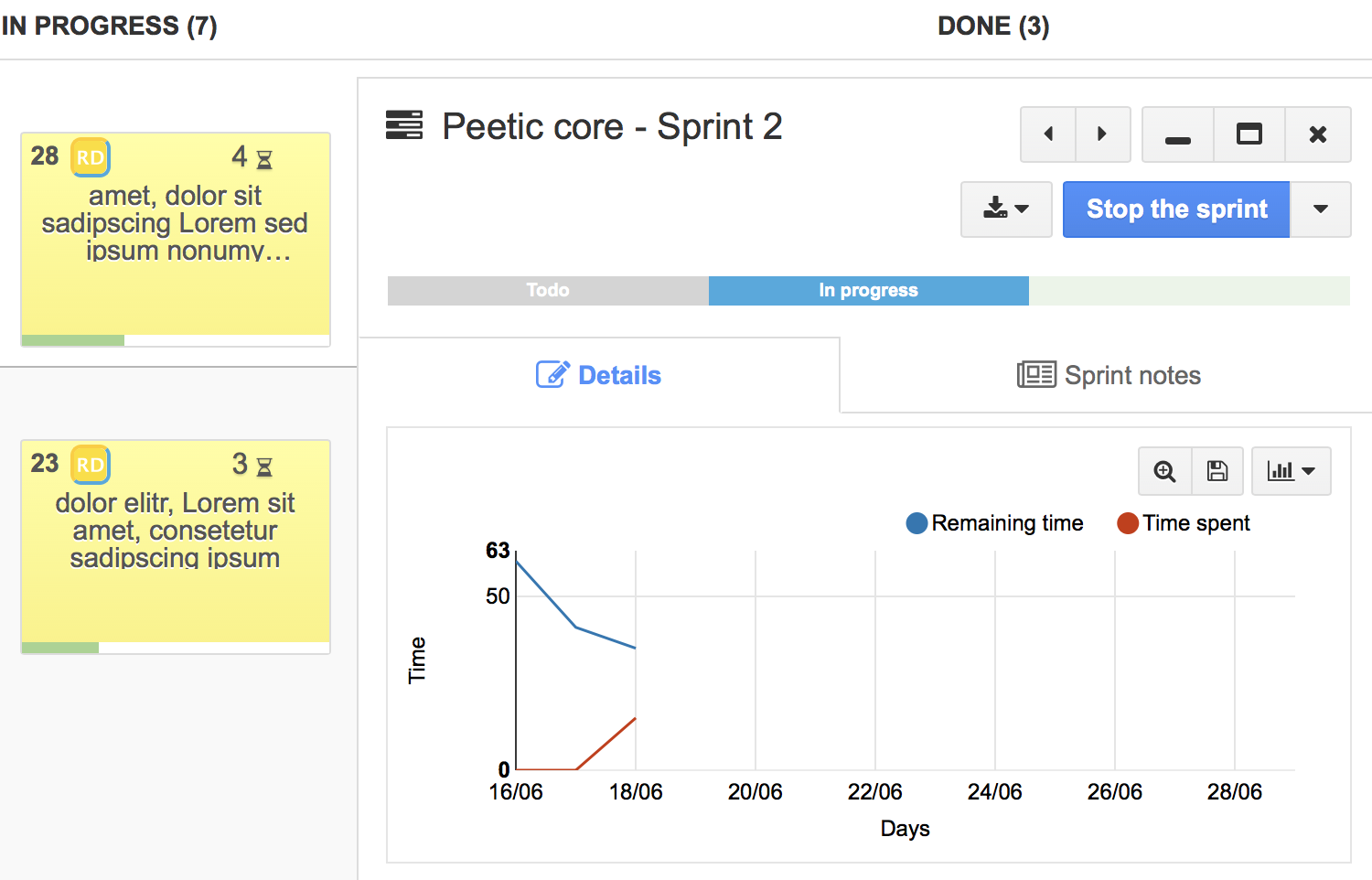