Edit: Previous R6#13 versions are replaced by R6#13.8. We recommend that you update in order to benefit from the following changes:

We know it’s been a long time since the previous release but please let us know that we don’t forget you! Actually, we are designing a brand new iceScrum! Here is a glimpse of the new sandbox with custom post-it color: 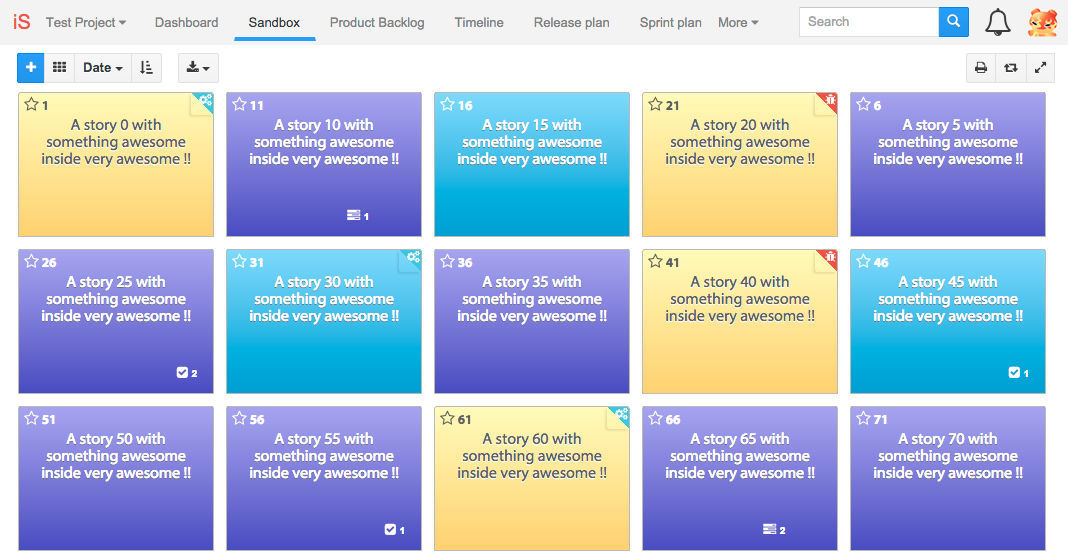 We would be please to hear your feedback! Stay tuned, there is more to come…

Here comes a new version of iceScrum and iceScrum Pro!

The R6#13 version brings some important bug fixes. We also developed a few improvements that should please you while waiting for the big changes that will come in iceScrum R7!

At first, we expected the previous version (R6#12) to be the last of the R6 series. However, we take all the time that is needed to experiment the ideas gathered last months and ensure that the new interface will make using iceScrum much more easier and pleasant. In the meantime, we don’t want to leave you with annoying bugs so we decided to release another R6 version.

We promised additional bug trackers, after Mantis BT here comes the Bugzilla integration! You can now import stories automatically from Bugzilla issues and define rules to update the issues according to the changes made on the corresponding stories.

Until now, story estimates had to be chosen from either the Fibonacci or the Integer suite, there is now a third option called “Custom values”. Will still strongly recommend the use of the “story points” empirical unit for story estimates. However, it is now entirely up to the teams to choose the values that are meaningful to them.

When custom values are enabled, you can estimate stories by typing any value between 0 and 999.99, with a precision of two decimal places. 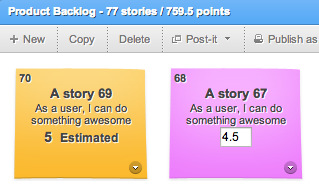